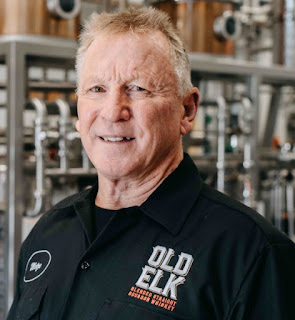 Greg is one of the most accomplished Master Distillers in the industry.  If you drink whiskey you have for sure had one that he has made, you just might not have known it.  Here is a great article about him - make sure you check it out on Gear Patrol


I thought this was an interesting quote from the article...about the mash bill of Olk Elk Bourbon.....

"The mashbill was expensive. Corn is the most common cereal grain in the U.S. It’s the most abundant, the cheapest and has the highest starch value. On a yield basis, it produces more alcohol than any other cereal grain and costs $4 per bushel. Rye, on the other hand, is about $8 a bushel, and it has much less starch, which means less alcohol. The third part of the recipe — the unusually high 34 percent malted barley — costs $24 a bushel. “With barley, you’re suffering effects of two things: a much higher-priced grain and lower alcohol yield. But the flavor profile is worth the expenditure,” Metze says."


Buy a bottle Old Elk Bourbon or Rye (or both) and join our virtual facebook tasting....
Wednesday, May 27th @ 7pm with The Wine and Cheese Place,  The Bourbon Society and Old Elk master distiller, Greg Metze 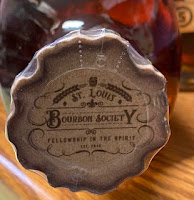 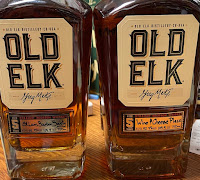 Order our whiskey tasting glass too for the event 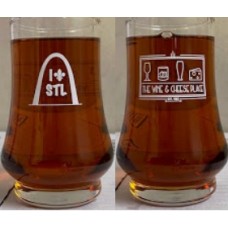 The STL Bourbon Society's James Thomas' notes on the upcoming event:
"Originally, we had hoped to do a public event with The Wine and Cheese Place and Old Elk when our collaboration private barrel came in last week. Well, COVID 19 changed our plans, but it can't kill our spirit (pun intended). Since we can't meet publicly to celebrate, we've figured we'd do the next best thing and invite Greg to join us virtually! You may not recognize his name, but, Greg Metze is kind of a big deal...

After graduating from the University of Cincinnati in 1978 with a B.S. in Chemical Engineering, Greg spent his entire professional career preparing for his Master Distiller role, which he achieved in 2002. The path took him from entry-level shift supervisory positions, to maintenance, engineering, and on to production where he learned the art of running a distillery.

Throughout his career, Greg has leveraged his technical background and acquired knowledge of distillery practices to produce products that customers appreciate. As Master Distiller for Old Elk, he shares his passion and experience with others by leading the distilling team and practicing the fine art of producing premium distilled spirits.

We are extremely proud to have our St. Louis Bourbon Society logo on top of one Old Elk's most recent offerings, the 5 Year Straight Bourbon Whiskey. Hopefully, everyone's been enjoying it. We're going to be sampling our pick that night as well.

Pick up a bottle and join us for an evening of Bourbon and great conversation with a true legend in the distilling industry, See you then! "
Posted by Paul Hayden at 10:59 AM