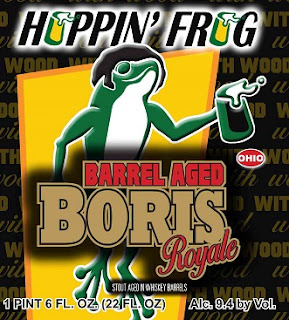 Hoppin' Frog Barrel Aged BORIS Royale...$7.99 / 12oz bottle
Stout aged in Whiskey barrels.
Fortunate is he who, in the name of brewing and good beer, shepherds the weak through the valley of macrobrews. For he is truly his brother’s keeper, and the finder of lost taste buds. And I will strike down upon thee with great vengeance and furious anger those who attempt to poison and destroy my beer. AND YOU WILL KNOW MY NAME IS B.O.R.I.S. WHEN I LAY MY FLAVORS UPON YOU.
9.4% ABV 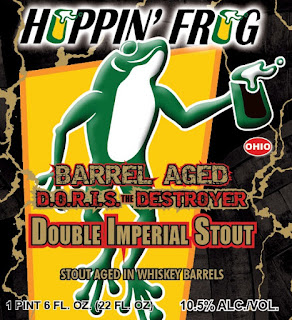 Hoppin' Frog Barrel Aged D.O.R.I.S. the Destroyer Double Imperial Stout...$8.49 / 12oz bottle
Aged in Bourbon whiskey barrels to add a wonderful complexity to our massive American Double Imperial Stout. This barrel aging imparts a memorable buttery, vanilla-like, and savory whiskey character, making this one of our most complex beers we've ever brewed. Another testament to our hard work and dedication in bringing our customers the very best.
10.5% ABV 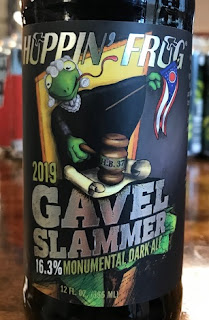 Hoppin' Frog Gavel Slammer Monumental Dark Ale...$10.99 / 12oz bottle
An over-the-top ale like no other, with a gavel-slammin’ flavor profile - rich, aromatic, lively and dark. Going light years over the top of Ohio’s old beer/alcohol limit, Gavel Slammer is brewed to celebrate Hoppin’ Frog putting the hammer down for freedom in brewing Ohio’s beer! Because of our efforts, on August 26th 2016 we were presented the actual gavel used in the final Senate session that removed Ohio’s alcohol limit on beer!! We did our little part, and we’re proud of this recognition, and our freedom.
16.3% ABV

Hoppin' Frog D.O.R.I.S. The Destroyer...$6.99 / 12oz bottle
This extreme Double Oatmeal Russian Imperial Stout will overwhelm, satisfy, and destroy your taste buds like no other!! D.O.R.I.S. is even darker, hoppier, and stronger than our gold medal winning B.O.R.I.S. The Crusher Stout. Dry hopped and first wort hopped with the finest American hops for a great Imperial hops for a great Imperial Stout experience! Enjoy the darkness! 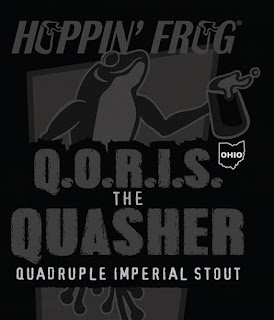 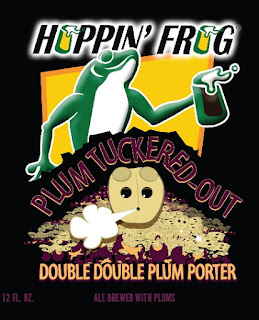 2020 version
Hoppin' Frog Plum Tuckered-out Double Double Porter...$9.99 / 12oz bottle
An abundance of plum makes this powerhouse of a porter amazingly smooth and delicious. Aromas of raisin and dark fruit abound, creating an immensely satisfying complexity and depth. A marathon of fermentation, when brewer's yeast pushes to this level of alcohol at 17% its PLUM TUCKERED-OUT!
17% ABV 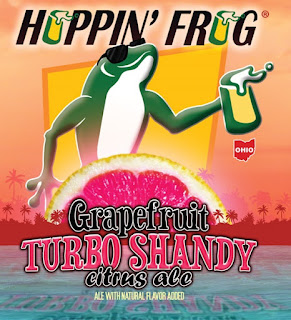 This Bodacious Oatmeal Russian Imperial Stout will crush you like no other! This is the grand-daddy of all stout styles, with an intensely deep roasted and full bodied flavor. A robust hop character adds a refreshing balance.
ABV 9.4% 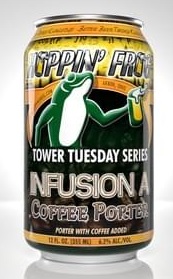 Hoppin' Frog Infusion Coffee Porter...$15.99 / 4pk 12oz cans*
Swirls of heavenly chocolate and peanut butter flavors surround your senses as you enjoy this wonderful maze of complexity that is "Infusion A." This robust coffee porter is a great example of the eye-opening flavors we have developed.
6.2% ABV

Hoppin' Frog T.O.R.I.S The Tyrant Triple Oatmeal Imperial Stout...$7.99 / 12oz bottle
Freedom from alcohol limitations in Ohio has finally been granted in 2016, allowing us to brew T.O.R.I.S.!! This super-tasty triple oatmeal Russian imperial stout is rich, dark, and flavorful - the way we like it - this beer is intense! It has been a long-awaited by our brewery as well as our fans. There comes a day when you break out of your shell, and stretch your wings. Now is the time - time for T.O.R.I.S.!!
ABV 13.8%