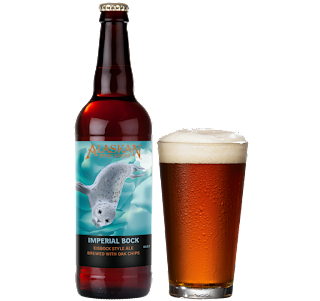 Pilot Series
This is a stronger version of a Doppelbock, which is often produced by freezing a Doppelbock and removing the ice crystals to intensify flavor and strength. Our Imperial Bock shares the same flavor intensity and strength of an Eisbock, but instead of freezing this beer, we brewed it to high alcohol content and then let it rest on oak chips to enhance the mellow vanilla sweetness.
Posted by Paul Hayden at 12:36 PM