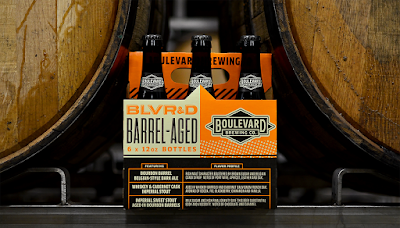 Bourbon Barrel Belgian-Style Dark Ale
We tried to clone my favorite beer, Rochefort 10, and then obviously barrel-age it. So it is really just an homage to my favorite brewery. The beer derives a lot of dark fruit flavors from the yeast with barrel flavors and tannins giving it more depth and complexity.

Imperial Sweet Stout in Bourbon Barrels
We added some different malts and lactose sugar to an imperial stout base to make a really sweet imperial stout that was like drinking a pastry stout without adding any adjuncts after barrel-aging. It has a lot of different chocolate flavors as well as a small amount of licorice. This is different than Whiskey Barrel Stout, but similar to our release Good L’Oven we did earlier this year, which lent itself well to barrel-aging and was my favorite Brewhouse One release so far.
Posted by Paul Hayden at 11:48 AM