"You could describe Brian Stillwater of Stillwater Artisanal Ales as a Vagabond, Gypsy Brewer, Lone Ranger, whatever you'd like. But one thing is sure, he's garnering a cult following because of his unconventional brewing method and his completely uncompromised brews.
He parallels his brewing method from that of his music days as a globetrotting DJ. The breweries he uses around the world are his studios and he is a visiting artist. Wherever his beer is made takes on a little flavor of the location it's brewed in and he uses whatever ingredients he feels are appropriate to achieve his goal. He does not set any limits on the beer he crafts which is undoubtedly the reason it is so so good. " -- Stillwater Blog 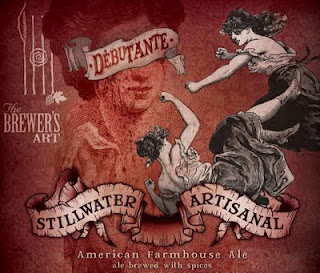 "It’s my pleasure to present a collaboration with The Brewer’s Art. A Baltimore institution that helped to pioneer the Belgian beer movement in the States. Brewed with a combination of Spelt & Rye, accented with a blend of Heather, Honeysuckle, and Hyssop. The result is a rustic farmhouse ale displaying earthy tones & floral characteristics while maintaining intricate balance." -- Stillwater Blog 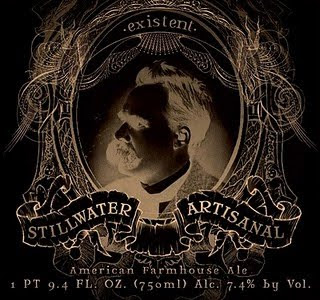 Rated 95 on RateBeer
"an existentialist commentary on a brewer imposing his own view on the beer universe. "
"...picture schwarzbier / ipa / saison melange." -- Brian from Stillwater
"Existent represents the philosophy behind Stillwater Artisanal. We strive to define ourselves through our passion and sincerity while accepting that not all aspects of life are readily explainable. To manifest this ideology we present an ale of intrigue. Deep & dark though deceptively dry, braced by a firm yet smooth bitterness and accented with an earthy hop and mild roast aroma. This is an ale for you to define..
’and if you gaze for long into an abyss, the abyss gazes also into you.’ –Nietzsche"
Stillwater Blog 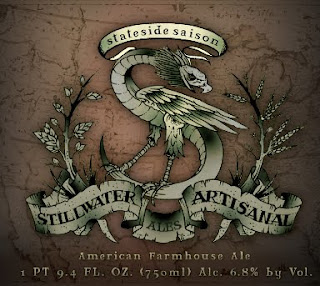 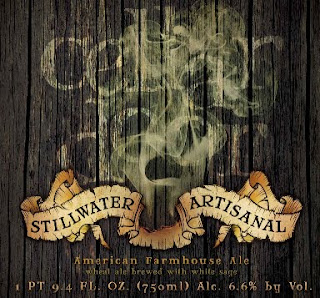 Stillwater Cellar Door...$9.99 / 750ml
Rated 97 on RateBeer
"over the ages the term 'cellar door' has numerously been referred to as the most beautiful term in the English language. upon setting out to create the first summer addition to the Stateside line up of ales; the feeling that almost instantly came to me was that of beauty & cleansing. many summer offerings tend to lack the complexity of their bigger, colder season counterparts; so my goal was to craft an ale of extreme balance with a delicate complexity that allows for contemplation while also providing quaffable refreshment. starting with a base of German wheat & pale malts this crisp slightly hazy foundation was then accented with a blend of Sterling & Citra hops providing a intricate blend of herbal grass & tangerine citrus flavors and aroma. to pull this all together and to complete the 'cleansing' aspect of my vision i gently finished the ale off with a touch of white sage, lending a mild earthy spice character to the blend. of course let's not forget our house saison yeast that brought all the elements together leaving a dry yet intricate finish" -- Stillwater Blog.

order Stillwater online
Posted by Paul Hayden at 10:13 AM