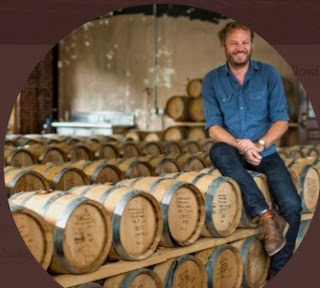 We have a great Zoom tasting coming up on October 27th with Colin Spoelman, owner and master distiller of Brooklyn’s own Kings County Distillery, one of the top craft distilleries in the U.S. We’re tasting four expressions including their single malt whiskey which is a personal fave of mine.


Here’s a great article about our host: read here

Purchase a minimum of one bottle to be included in the zoom tasting. Pick any one of the whiskies below and we’ll email you the Zoom invite. If you have already purchased one of the King’s County whiskies, email me at dave@winandcheeseplace.com


Kings County American Peated Single Malt 94 proof...$32.99 / 375ml
Kings County American Peated Single Malt 94 proof...$58.99 / 750ml
Our Single Malt Whiskey is made almost entirely like a single malt scotch—except that instead of being made in Scotland, it’s made here in Brooklyn. Kings County Distillery’s single malt whiskey is open-fermented off the grain from malted barley (with a hint of peat) sourced from England and Scotland. The whiskey is twice distilled in traditional Scottish pot stills, then aged in our own used bourbon barrels for a minimum of three years. With a higher post-cask strength than our American-style offerings, this whiskey warranted a higher bottling strength—47%—and so it is more potent than its palate would suggest. Dry and sophisticated, it is an elegant whiskey with notes of honey, hay, burnt orange peel, and peat. It is a perfect addition to your shelves.

Kings County Peated bourbon 90 Proof...$32.99 / 375ml
Kings County Peated bourbon 90 Proof...$58.99 / 750ml
What is Peated Bourbon? It’s bourbon whiskey that conforms to the American requirements for bourbon but is made with malted barley that has been exposed to peat smoke, a practice more common in Scotch whiskies—the malt we use for the peated bourbon was even grown and kilned in Scotland. So it’s a hybrid whiskey of the two traditions, flavorful and robust from having aged at least 2 years in a new barrel, with an added light smoky finish reminiscent of single-malt. If scotch and bourbon had a baby, this is what it would taste like. As far as we can tell, ours was the world’s first-ever peated bourbon and will appeal to the adventurous whiskey traveler who has tried everything.

Kings County Chocolate Whiskey 80 proof...$29.99 / 375ml
Kings County’s Chocolate Whiskey infuses our Moonshine with ground cacao bean husks from a local chocolatier. Bitter and surprising, this rich whiskey tastes like dark chocolate and works great in cocktails or on its own as an after-dinner drink.
Posted by Paul Hayden at 3:01 PM