The left overs of the Prairie -
there is not much left, but we are going to send the left over bottles to the other 3 stores for those customers to get some.
None is left at Forsyth. 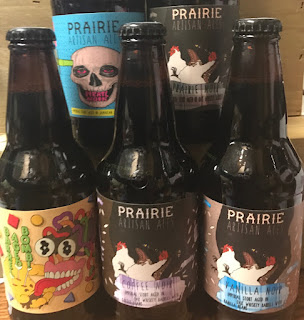 Do you have an idea of what time they will be available at the other locations?

Rock Hill should have them now. New Ballas and Ballwin probably around 3.

Does New Ballas still have any?

Not sure, you will have to check with them, it was up to them to release it how they wanted to.