Church Street Brewing is back 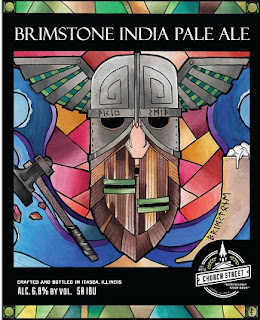 Church Street Brimstone IPA...$9.99 / 4pk 16oz cans
Church Street is proud to present our take on the American IPA with this dry-hopped West Coast IPA that’s brimming with Cascade aroma, giving this tangerine-beauty a fruity and refreshing nose - don’t be surprised if you find yourself sniffing more than sipping! A bold bitterness is rounded out by notes of citrus and grapefruit and a slightly dry hoppy finish. Cheers! 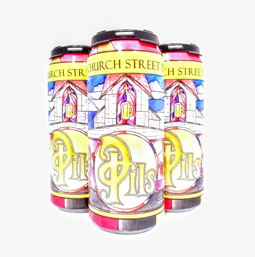 Church Street Pils...$9.99 / 4pk 16oz cans
This award winning pilsner recipe comes to you from the brewers at Church Street Brewing Company. Our proprietary yeast strain along with the Czech Saaz hops produces a pilsner that is completely unique to this side of the pond. The rich malt character of a Czech Pilsner is derived from our European brewing techniques (decoction mash brewing) which comes through at first, followed by the crisp hop bitterness of a German Pilsner. 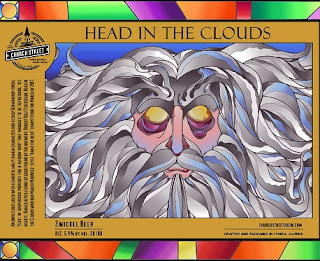 Church Street Head in the Clouds Zwickel...$9.99 / 4pk 16oz cans
An unfiltered lager with a smooth, malty umami character and a crisp German hop finish.  Yeast in suspension provides for a medium-body taht manages to be refreshing, yet heart.  Named after a song by a good friend of the brewery, Robert Rolf Federsson, Head in the Clouds wone our March Madness-Style "Name the beer" competition for March for 2017.
Posted by Paul Hayden at 6:19 AM