Another beer goes into barrel today!!!

Barrel # 1 -  Buffalo Trace Barrel
Bourbon: Sold out already
Barrel: filled with Schlafly Quad for  almost 5 months now.
Beer: We have label approval and the beer should be bottled at the end of January.  Will have details the first week of January on how to obtain it.
click here to read more 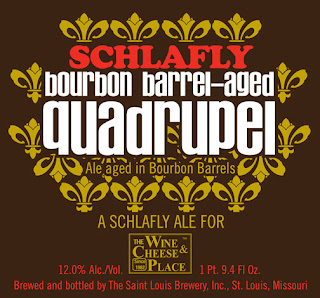 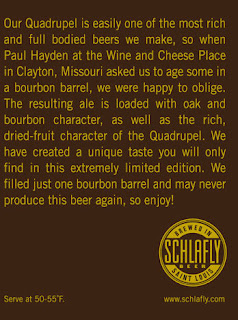 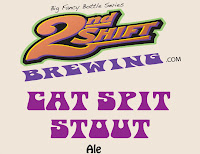