A rare one from Macallan.... 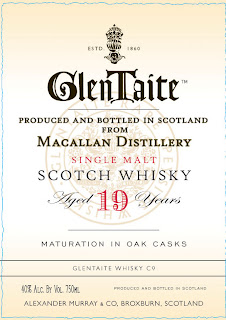 The Highlands have a few different sub regions and styles- this one is considered a Speyside by location and style/profile. Macallan uses smaller pot stills that are directly fired (read fire under the still- not steam coils or jackets) and slow distillation to make it's whisky. This is also probably one of the few whiskies left that used 100% Golden Promise barley (a more expensive, lower yield, barley but resulting greater weight and taste to the malt) and five different yeast strains - a practice that stopped in the mid 1990's, making such Macallan Whiskies an endangered species that should be hunted to extinction by those who care about such things." -- spiritsreview.com