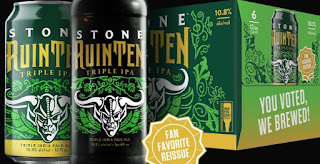 Brewed in 2012 to commemorate the 10th anniversary of the first full-time brewed & bottled West Coast style Double IPA on the planet — Stone Ruination IPA. It was a thrill to pay homage to a beer already well known for its off-the-charts levels of bitter hoppiness by amping it up even further, and our brewers rose to that challenge. Now ten years later, fans are still clamoring for this beautifully bitter beer. So in honor of those who voted to bring this 10.8% monster back, may this ‘stage dive into a mosh pit of hops’ be every bit as gloriously ruinous as ever.
Stone Brewing first came to St. Louis back in 11 years ago this month - April 2011
It was April when he did a kick off party at our store.   This is a picture I took of Greg Koch founder of Stone at a tasting when he came into town. 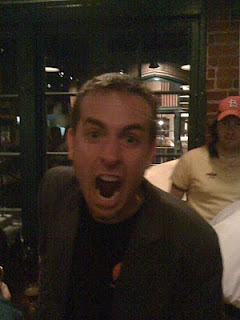 I still have a few bottles from the release party and autograph signing he did at our store.  The Stone IPA bottle has the special "Hey St. Louis" label!!!
I wonder how a 11 year old Stone IPA tastes? 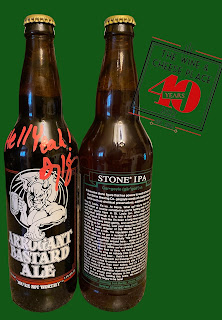 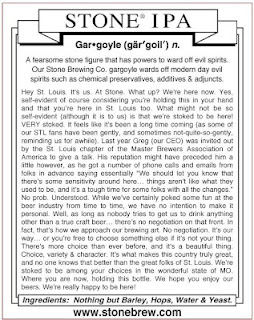